We're excited to announce that RJ Minard III is bringing his sommelier and mixology talents and expertise to the May 14th Student Success Celebration!

Hailing from central California's Carmel-by-the-Sea in the great Monterey Bay, RJ "grew up in the hospitality industry" where he spent hours alongside his father, owner of the famous Jack London’s in downtown Carmel. Known for its A-list guests and as a must-visit for the PGA tour visitors, RJ spent his mornings cleaning the restaurant before school and sitting at the bar doing homework at the end of the day.

His passion for all things food, wine, and spirits started early, and after sports and school, he landed in Seattle in the mid-2000's with the celebrated Sonics basketball team. It was a short-lived gig due to the Sonics leaving the city in 2006. He chose The University Club in Seattle as his next position and now when looking back, he sees it was a much better fit. "The University Club allowed me to really get to know and understand our great state, and how the hospitality sector had grown and where it was heading."

Having grown up playing Pebble Beach as a kid and "knowing Poppy Hills like the back of my hand throughout high school," RJ feels like he has returned to his roots as the Food & Beverage Director at the Aldarra Golf Club in Sammamish. "Having had clubs all over the bay area as my stomping grounds, I feel that life has now brought me full circle to Aldarra," he recently shared.

As an avid sports enthusiast, you can find RJ in the mountains snowboarding and hiking when the weather dictates, or on a field playing some sort of game when not spending time with his wife and five Aussie dogs, or working on projects at their new home.

RJ will be demonstrating his signature cocktails and sharing wine pairing during the May 14th Student Success Celebration to raise funds for scholarships and grants. You can make your reservations for this fabulous evening here. 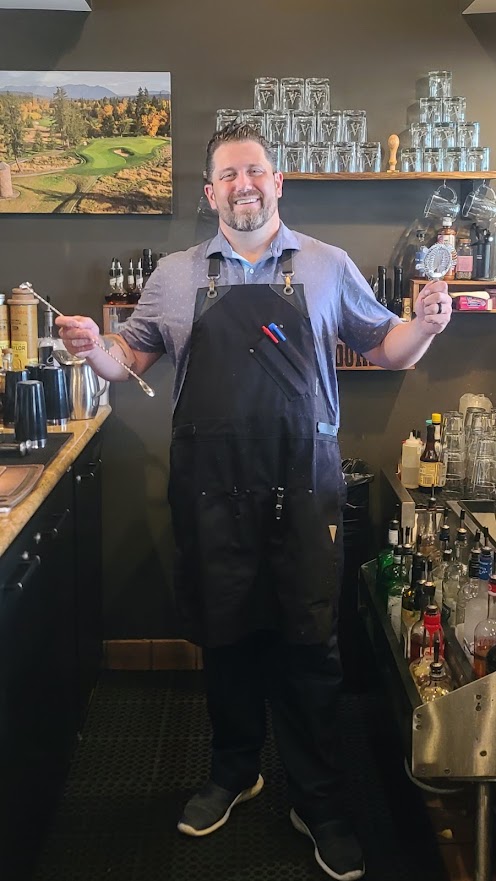 Sommelier and mixologist RJ Minard III brings passion and expertise to every pour and an open heart of warm hospitality and fun!