We are grateful and humbled by the outpouring of support for this year’s Student Success Breakfast. The foundation literally hit new highs with 300 attendees, 27 sponsorships from local businesses and we are on track to hit $80,000 in donations to expand scholarships and emergency grants.

The highlight of the event included the inspirational stories from scholars Mohamed “Mo” Abdullahi, a computer science student who came to the United States as a child refugee from Somalia; Sarra Ghezzaz, a dental assistant student and immigrant from Algeria; and veteran Carl Harris, a surgical technician student who is doing his operating room practicum at Harborview Medical Center.

This year marked the first annual Lifetime of Giving Award. The 2017 recipients were Andee Jorgensen and Rich Wagner, foundation benefactors and who have both served as RTC foundation board president. Andee served as a RTC Trustee from 1993 to 2004, and is currently on the RTC Scholarship Committee. Rich is the board chair for the Renton Community Foundation and has served on numerous commissions and provided valuable leadership for various community projects.

During the event, we announced the naming of a new foundation scholarship after long-time community leader King Parker from King and Bunnys Appliances. The scholarship will provide $2,000 to support MART students. 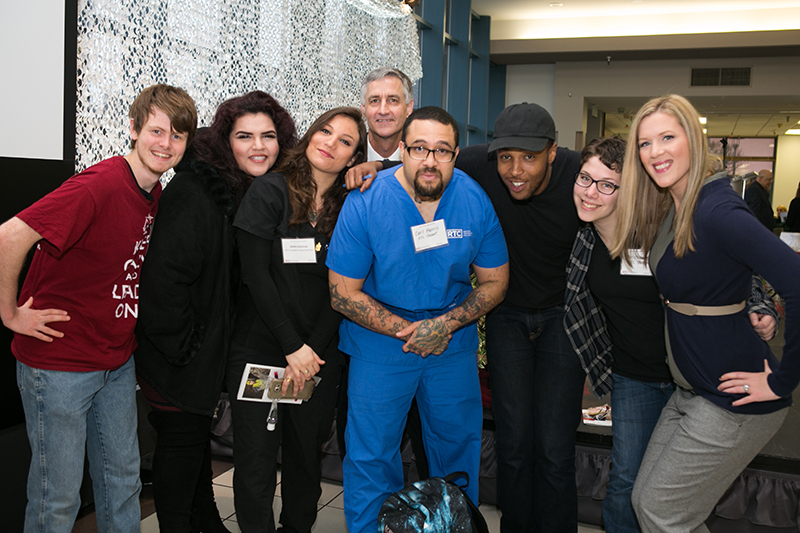