Law, who retired as mayor after three terms, provided seed money to establish a scholarship and set an ambitious goal to raise $25,000-$30,000 immediately. The RTC Foundation will administer the scholarship, which aims to provide a quarterly $1,000 scholarship.

“Dr. Bressler was all about opening doors to everyone and anyone wanting to pursue their career and education dreams,” Law said. “There is a sense of urgency with added financial hardships and job losses during the pandemic.”

“His work as the president of Renton Technical College helped to increase awareness around the state of the tremendous educational opportunities provided by the college and the impressive success rate of job placement for its graduates,” Law said.

Kirby Unti, chair of the RTC Board of Trustees, said Bressler’s desire to provide access to education to everyone inspired him to become an educator with a career that spanned 40 years.

“Don was a strong advocate for RTC and a champion of the Renton community.  He had an insatiable hunger to learn, and it was something he never lost,” Unti said.

Dr. Bressler served as president from 2000-2009. Two major capital projects were completed that decade: the C building, housing the Learning Resource and Career Center, library, and auditorium; and the N building, housing the Early Childhood Education program, Security, and Maintenance. During his tenure, the College also was awarded a Title III grant and started the Reading Apprenticeship Program.

“This scholarship is an excellent way to both honor Dr. Bressler’s service to the college and to help students succeed at RTC,” President Kevin McCarthy said.

All contributions to the Bressler Scholarship are tax-deductible. Donations may be made online at foundation.rtc.edu/donate. For more information, contact Carrie Shaw, Executive Director of the RTC Foundation, at cshaw@rtc.edu. 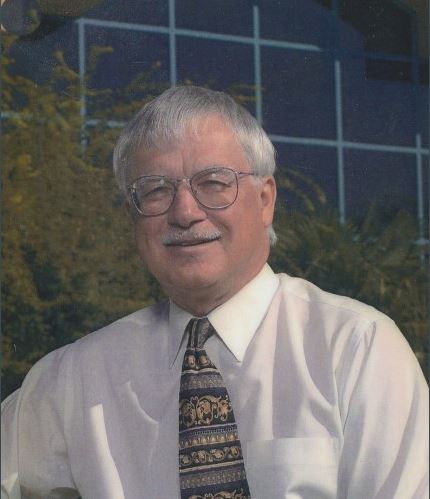 Dr. Don Bressler in front of the Roberts Campus Center. He served as RTC's second president from 2000 to 2009.