Cascade Gasket and Manufacturing Company: An All American Success Story

Franklin and Mildred Terry – known as Mart and Mil – are the perfect example of an All-American success story. The business they started in a chicken coop with three employees in 1946 became Kent-based Cascade Gasket and Manufacturing Company, employing more than 180 people and making rubber parts for global companies like Boeing.

“Today we have parts on every single plane that Boeing makes,” shared Lee Terry, President of Cascade Gasket and Manufacturing Company and daughter of Mart and Mil, “The small rubber parts we design and manufacture have a big impact on holding those planes together in the sky.”

Now Lee has established a scholarship through the Renton Technical College Foundation in memory of her parents. The RTC Foundation is excited to offer $1,000 scholarships to students who qualify in the aerospace and industrial production technologies program thanks to the generous donation to create The Cascade Gasket Franklin & Mildred Terry Memorial Scholarship.

The need for refined skills is why Cascade Gasket has made the move to invest in students and support their education. “We had reached out to Renton Technical College for summer and part-time workers and were impressed with the students,” Lee said. “They were eager to learn and had a passion for machining.”

The first thing you notice during any conversation with Lee is her passion and depth of knowledge for the business and the products Cascade Gasket designs and manufactures. Lee’s own career journey reflects the company’s values and commitment to investing in their employees, being fearless and preserving the deep community roots that come with eight decades as a family-owned business.

“I basically grew up with the company,” said Lee, “We started working summer jobs as teenagers, and there was an expectation that you would learn to do everything at every level. We jokingly called ourselves the ‘stripper and flasher’ girls.” A reference, explained Lee, to the “strip and flash” process to remove excess material during the manufacturing of rubber molding.

Lee shared that her late father Mart established the company’s motto early on with a belief that you learn something valuable with every failure. “Dad would always say, don’t tell me you can’t do it unless you’ve tried. I believe that has been the foundation of the company’s success and ability to innovate,” Lee said.

When it comes to success, Lee knows that nothing happens without good employees who have the special skills needed for careers in advanced manufacturing.

“The actual manufacturing of the rubber parts is quite difficult, and requires a lot of hand work,” said Lee, “It is a refined process that cannot be automated. It’s why we call it precision machining.”

Lee added that it was Abdul Shamdeen, a Cascade Gasket employee, came up with the idea to create a scholarship in memory of Mart and Mil. She called “one of the best things” about the company is a sense that everyone is part of a team and that there are lots of ways to share ideas and feedback from each other.

While Lee has no intention of retiring, she does recognize the need to think about the next generation of workers. “Our scholarship at RTC is a part of that investment in the future of manufacturing,” Lee said. 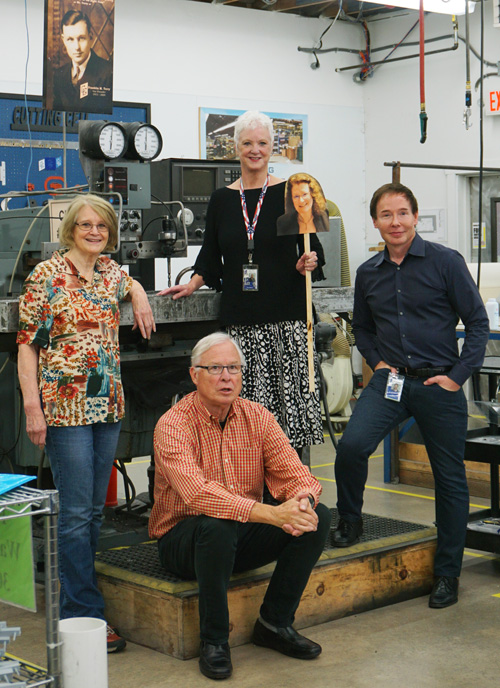